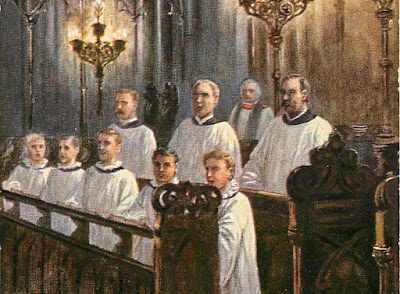 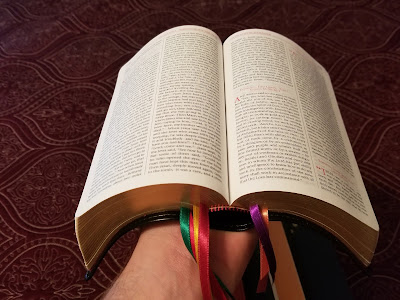 Simply superb. First Impressions At long last, my Divine Worship: Daily Office (Commonwealth Edition) (DW:DO:CE) preorders have arrived! By a quite happy coincidence they showed up on the patronal feast of the Ordinariate of Our Lady of Walsingham. I have to say, I am extremely impressed with what the UK and Australian ordinariates have produced together with Catholic Truth Society. DW:DO:CE seems to be a fantastic office book that borrows some of the best of classical Anglican liturgies, and does so without crudely shoehorning traditional Anglican prayers onto contemporary forms. It may not be a Book of Common Prayer (BCP), but it’s a great prayer book! I’ll write a comprehensive review of DW:DO:CE after I’ve consistently used the book for prayer for a month or two. (There’s not much bad to say about it, so I expect the review will end up being a single, albeit lengthy, post.) Until then, here are my initial impressions of what is easily the finest family-friendly, Catholic prayer bo
11 comments
Read more

Preamble  ·  Part I  ·  Part II  ·  Part III  · Part IV Cuiusvis hominis est errare, nullius nisi insipientis in errore perseverare. After finishing the first draft of my review’s conclusion about six weeks ago, I thought it best to set aside Divine Worship: Daily Office (North American Edition) (DW:DO:NAE) and return to my trusty 1662 Book of Common Prayer (BCP) for awhile. Praying with DW:DO:NAE, littered as it was with errors on nearly every page, eventually grew too frustrating to be fruitful, and I felt that this risked my review becoming unfairly harsh and critical. Eventually, I picked up DW:DO:NAE anew to give it a second chance, and found my earlier convictions about the book were unchanged. Today, I present to you the conclusion of my review of the first official prayer book of the Personal Ordinariate of the Chair of Saint Peter (OCSP), along with some parting recommendations. Fatal Flaws It is an undeniable and deeply unfortunate truth that DW:DO:NAE, in both its pri
5 comments
Read more 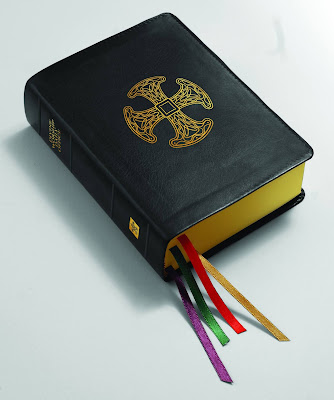 Image © Catholic Truth Society We interrupt our regularly scheduled programming to bring you an announcement of great joy: Divine Worship: Daily Office (Commonwealth Edition) is now available for preorder! It is undeniable that Catholic Truth Society does excellent work. Personal misgivings aside (I’m no fan of the RSV-2CE), I expect this to be a thoroughly-edited, well-made prayer book free of any major problems.  Sign up for their newsletter to receive 10% off and place your preorder today.
4 comments
Read more 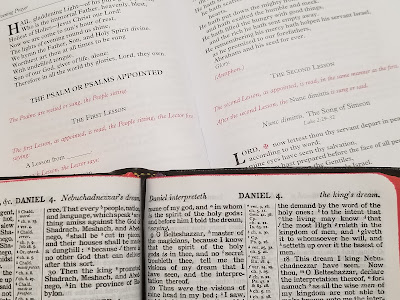 Preamble  · Part I  · Part II  · Part IV  ·  Part V With a Bible and this prayer book, you’ve got yourself an Ordinariate Evensong. Praying the daily offices from Divine Worship: Daily Office (North American Edition) (DW:DO:NAE) has not at all been an unpleasant experience, aside from the overly stiff binding, missing collects and frequent typos. That being said, there have been quite a few somewhat jarring moments thanks to what seems like a very scattered selection of source material—in one place something’s been taken from the American 1928 Book of Common Prayer (BCP), in another place it’s lifted directly from the 1979 BCP, and in yet another spot the stillborn 1928 English prayer book revision is blatantly (and, I believe, unnecessarily) pirated. It rather feels as though every well-known Anglican source was included in an attempt to please as many people as possible. However, after comparing DW:DO:NAE’s offices with a number of common BCP offices to figure out from whence came
Post a Comment
Read more 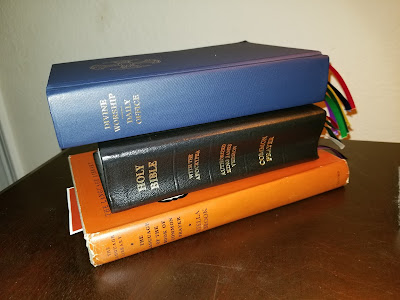 Preamble  ·  Part I  ·  Part III  ·  Part IV  ·  Part V After waiting nearly a decade for the introduction of  Divine Worship: Daily Office (North American Edition) (DW:DO:NAE), I think it’s important to be completely clear about what it is and what it is not. DW:DO:NAE is a new prayer book promulgated by Bishop Steven Lopes for use in the Personal Ordinariate of the Chair of Saint Peter (OCSP). It now serves as the official divine office of the OCSP, fulfilling the obligations of those required to pray the office and allowing clergy and laity alike to pray with and for the Church. In this sense, it is functionally equivalent to the Roman Breviary, the Liturgy of the Hours, and various other Catholic offices. Unlike those examples, however, DW:DO:NAE is not a fully complete office book in and of itself: a Bible is also required to provide the daily lessons at Morning and Evening Prayer. DW:DO:NAE is prescribed specifically for use in the OCSP, and is not authorized by the Ordinariates
Post a Comment
Read more
More posts